Most of the team continued work on their prototypes today. As they wrapped up their work, many prototyping teams presented their work and findings to the team mentors.

The shooter team tested their new design for their prototype today. Their new prototype included three wheels to fit the curve of the ball, as opposed to one or two wheels, which could not give an optimal amount of compression. 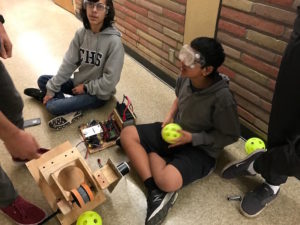 The Intake and Hopper prototype team continued work fabricating parts and testing their prototype. New belts were added to the mechanism so that fuel balls could get more traction and thus be taken in more easily. 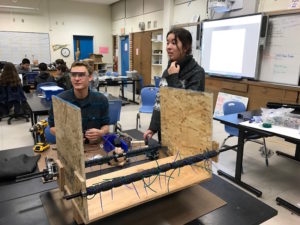 In addition to their individual projects, the programming team spent much of today testing and refining their vision mechanism so that it can learn to recognize different shapes. In the robot, the robot will use this skill to find and shoot at the goals in game. 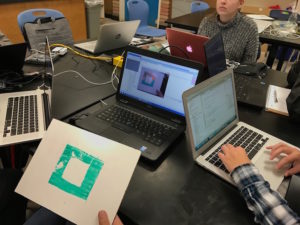 The CAD team continues to work tirelessly to refine the robot design and create dimension drawings for the fabrication team to create!