The shooter prototyping team tested out their new design today. The team set up the shooter in a big, largely empty hallway and began to fire away. This new design can shoot much higher than before, though numbers still need to be recorded. 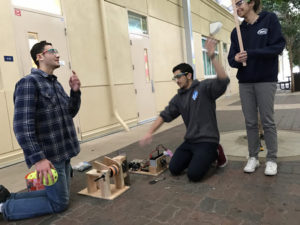 With their prototype completed, the gear mechanism team has moved on to create a preliminary design for their full mechanism. This includes measurements for each part and designs for parts that will incorporate the mechanism into the full robot. 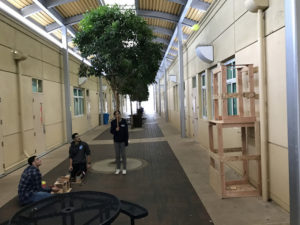 The Intake prototype team had a busy day today! They added chicken fence to the sides of the mechanism to increase ball capacity, measured numbers to add to their CAD design and tested the full intake mechanism with the mentors!

The programming team continued their hard work to get all of the code for the robot functional! Keep up the good work! 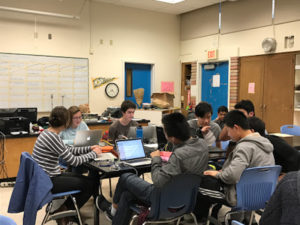 The CAD team continued their work creating a final design for the robot and making dimension drawings for the Fabrication team to make.