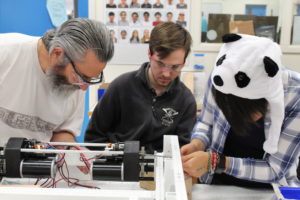 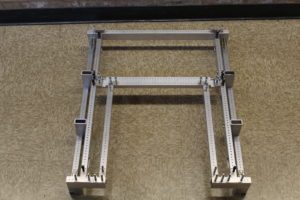 Lift and climber have combined to become one subsystem. The past three weeks have been spent creating a computer-aided design (CAD) of the lift. They have decided it was going to be a cascade lift and are having a final design review for it today. Afterwards all that’s left is to put it together.

Intake and eject have continued to work on the prototype in order to find the best way to intake boxes. Over the past two weeks, they have improved their prototype by shortening the arms, decided to use pistons, decided on Colson wheels and added more wheels to the arms. Also, the group has decreased gear reduction to improve their design. 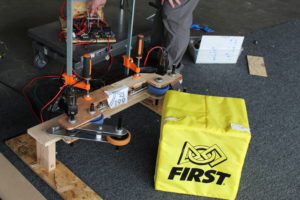 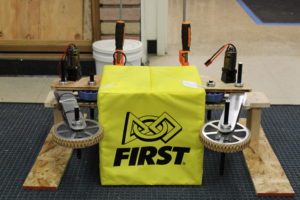 Bumpers have figured out their design. Last week they had been gathering materials and measurements as well as building them. This week they have cut the fabric and began to put the bumpers together. One set has been almost completed and the other set is in progress. 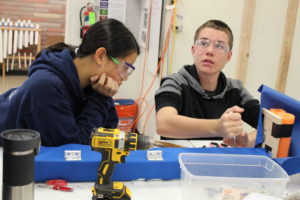 Our practice bot has a complete drivetrain and an elex board on it! Our fabulous Laura has been working on the code for it and it can move. 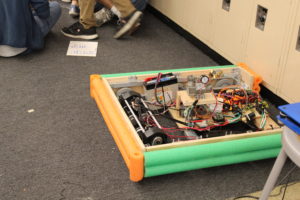 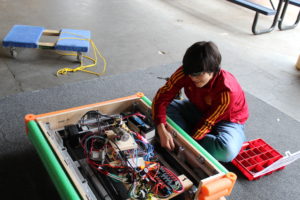