The Intake team has been working hard to test their prototype. They measured to determine how far the robot should be from a wall in order to pick up balls from a hopper suspended on that wall. After testing, the team considered if the rollers could handle the stress necessary to function or not.

The shooter team has been conducting final tests on their shooter prototype. their new 3D printed wheel-part has been working great! 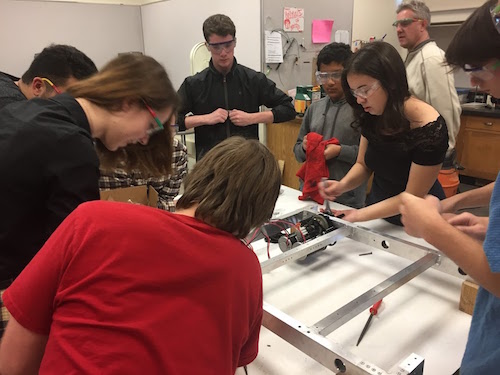 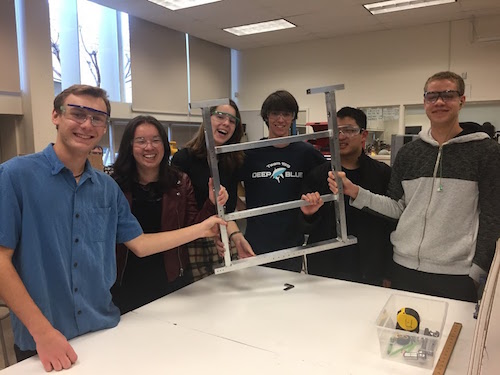 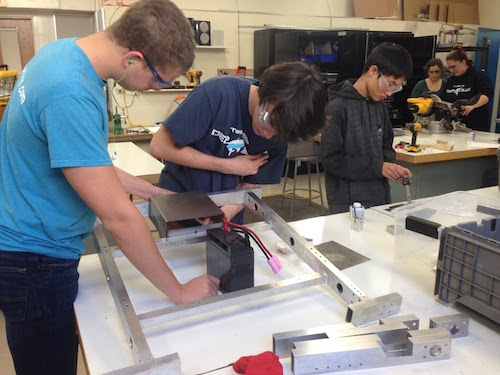 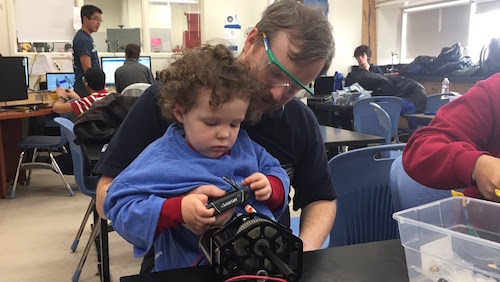 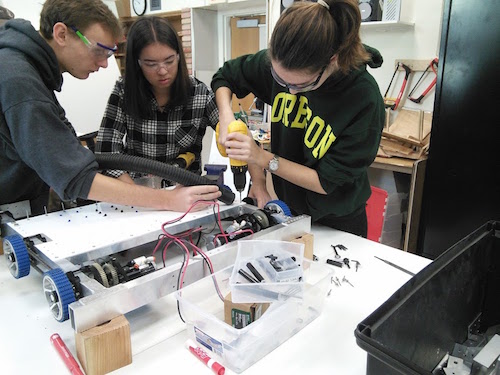 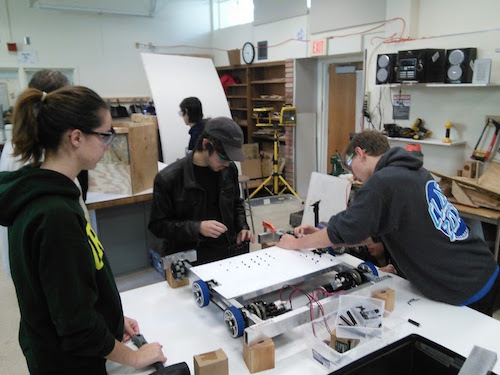 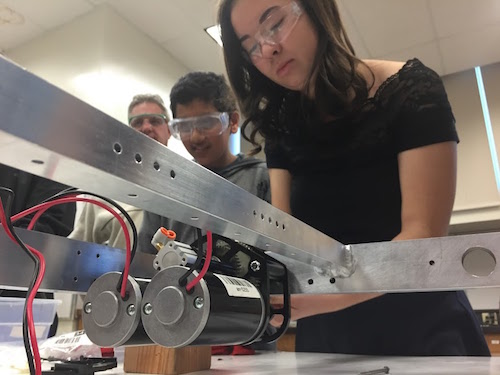 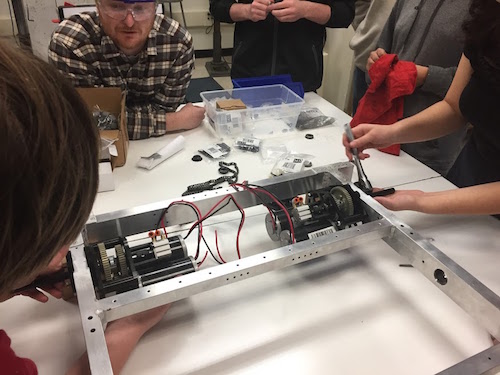 With the practice drive train finished, the programmers are now able to test the driving system! In addition, programmers have been working on their individual projects.

The CAD team continues to finalize their detailed robot design and create dimension drawings from their designs.