This weeks primary focus has been on prototyping our mechanisms. We have split into separate groups that each have a specific mechanism to prototype. Some groups have finished their prototyping and other groups are still in the works. We split into the specific mechanisms that are required for our robot concept and the game. These include climber, lift, intake/outtake, assisted climbing, bumpers, and drivetrain. It is necessary to split into groups for people to help with part of the robot that they have expertise or interest in and our time constraint of 6 weeks means we need to finish tasks in the most efficient way.

The climber is necessary to get more points at the end of the game. In the last 30 seconds of the game if you are able to climb on a 6 ft rung you get a large number of points. The group working on climber has limited their ideas to only three designs to test: a pneumatic powered arm, use lift mechanism to attach a hook with rope onto the rung, and use lift mechanism to attach a hook with no rope onto the rung. The goal of their design is to be flexible to be able to work with other mech. Currently, they are working on building their prototypes to test them and find which will work best to go on our final design of the robot. 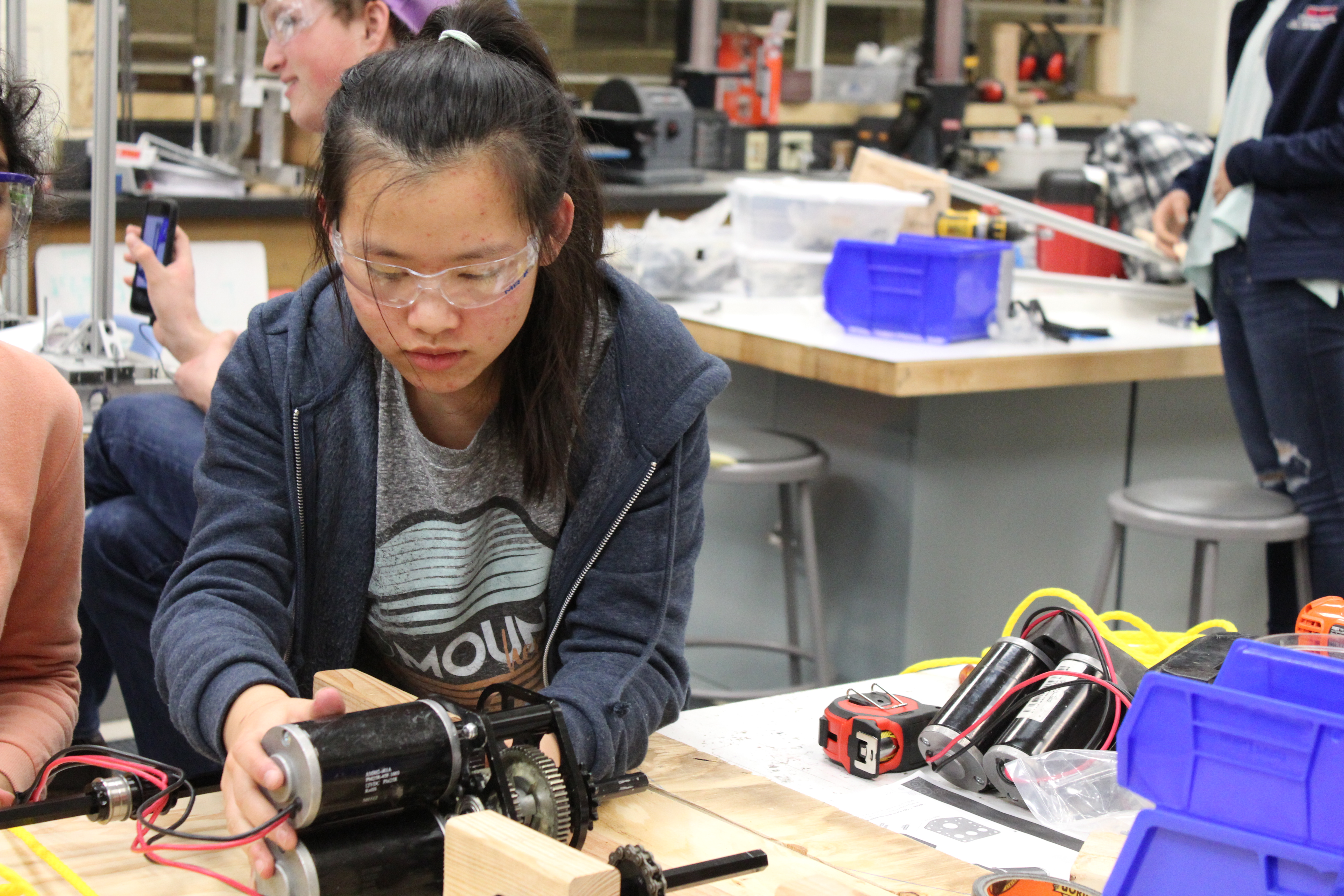 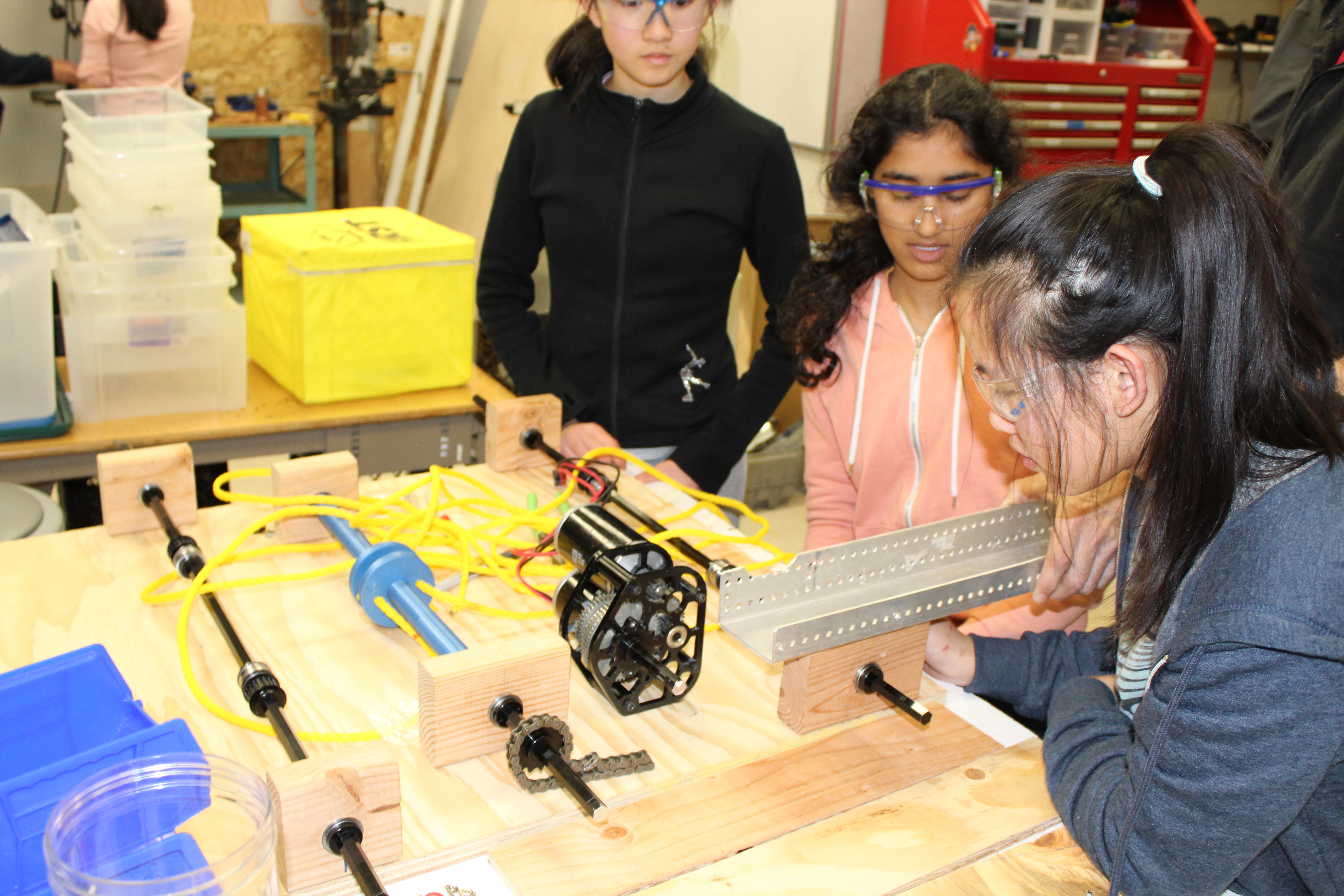 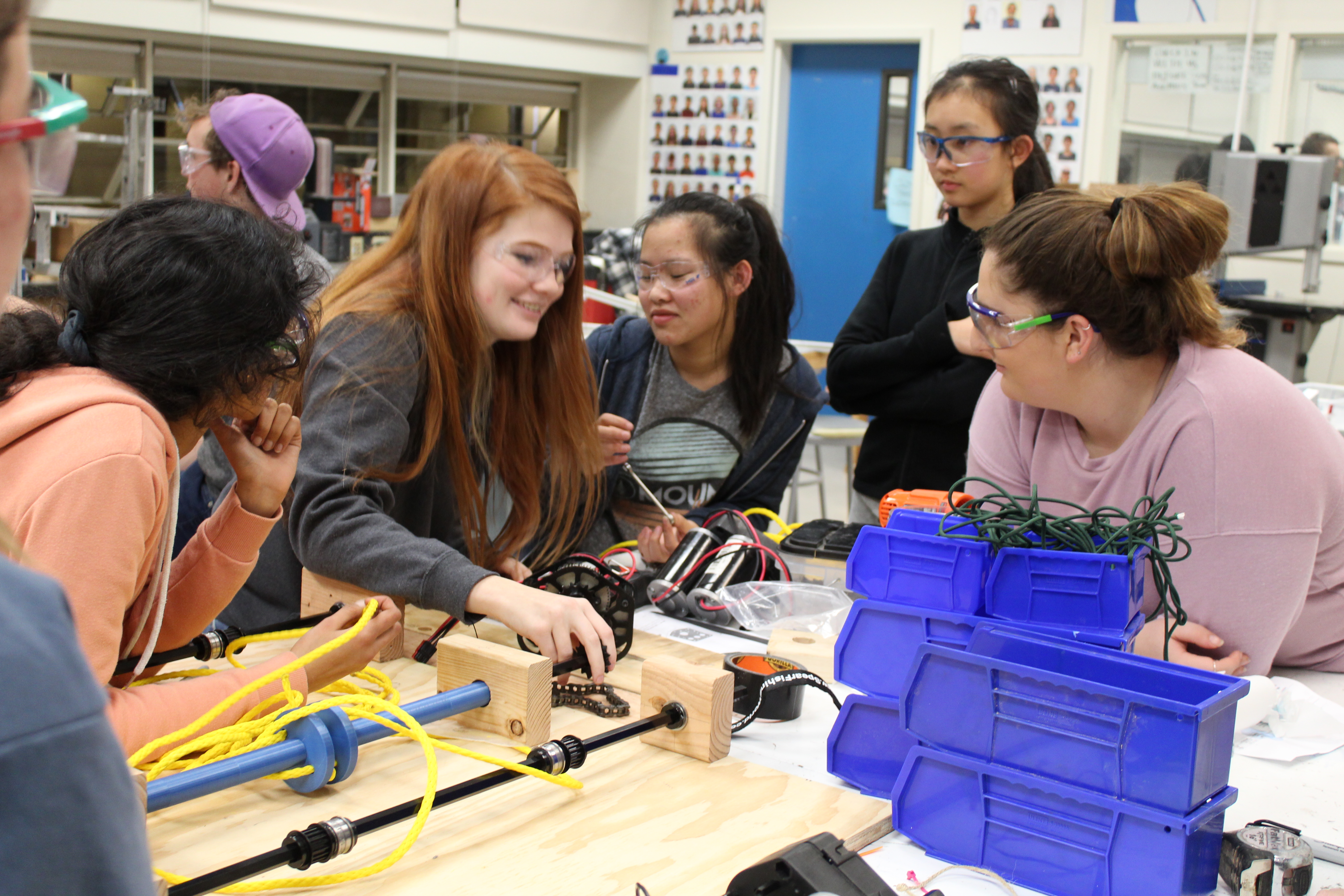 The lift mechanism is necessary to be able to place a power cube onto a scale that is 4-6 feet in the air depending on how it is tilted. Lift has determined to postpone their 3rd mech, an arm, but have continued work on their other ideas, a launcher and an elevator.  Work on the launcher and elevator are still in progress with the elevator being about 70% done. It should have a design review soon. 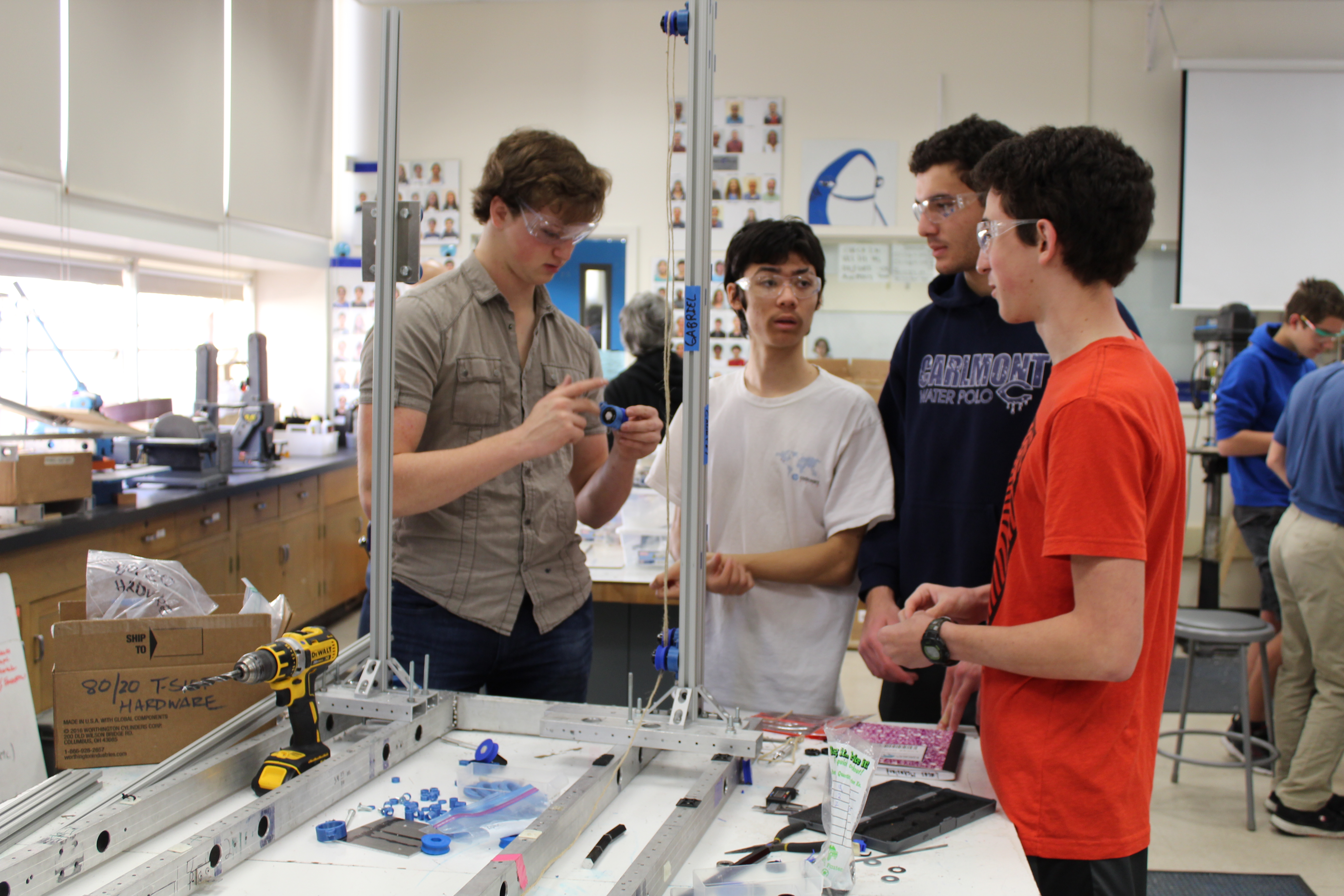 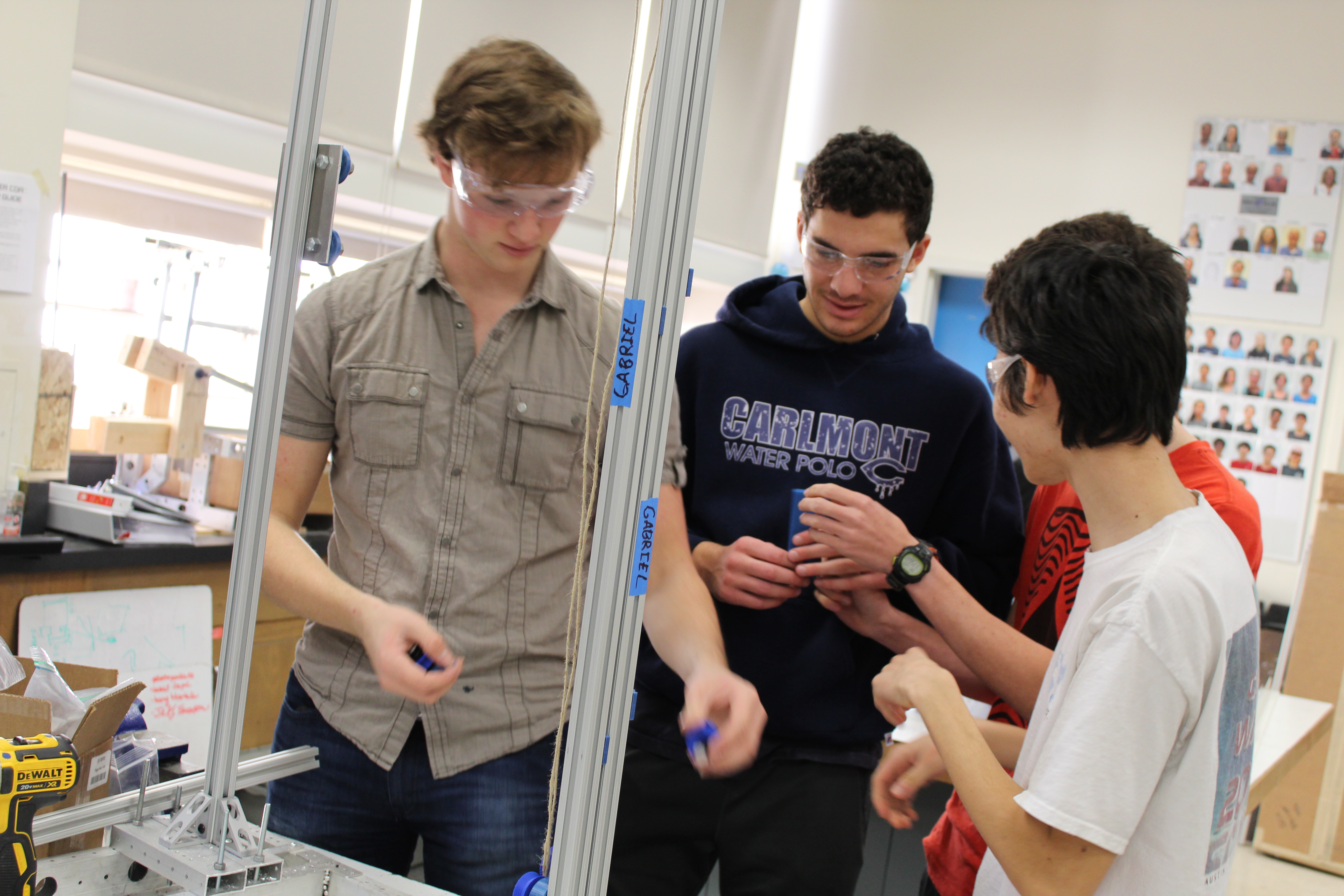 Intake/outtake is referring to being able to pick up cubes and place them on the scale, switches, and through the exchange. Prototypes include using rollers, arms, claws, and a push plate, however the push plate was decided to be dropped. Currently, a prototype with rollers is being built and a different roller design has already been built and tested. 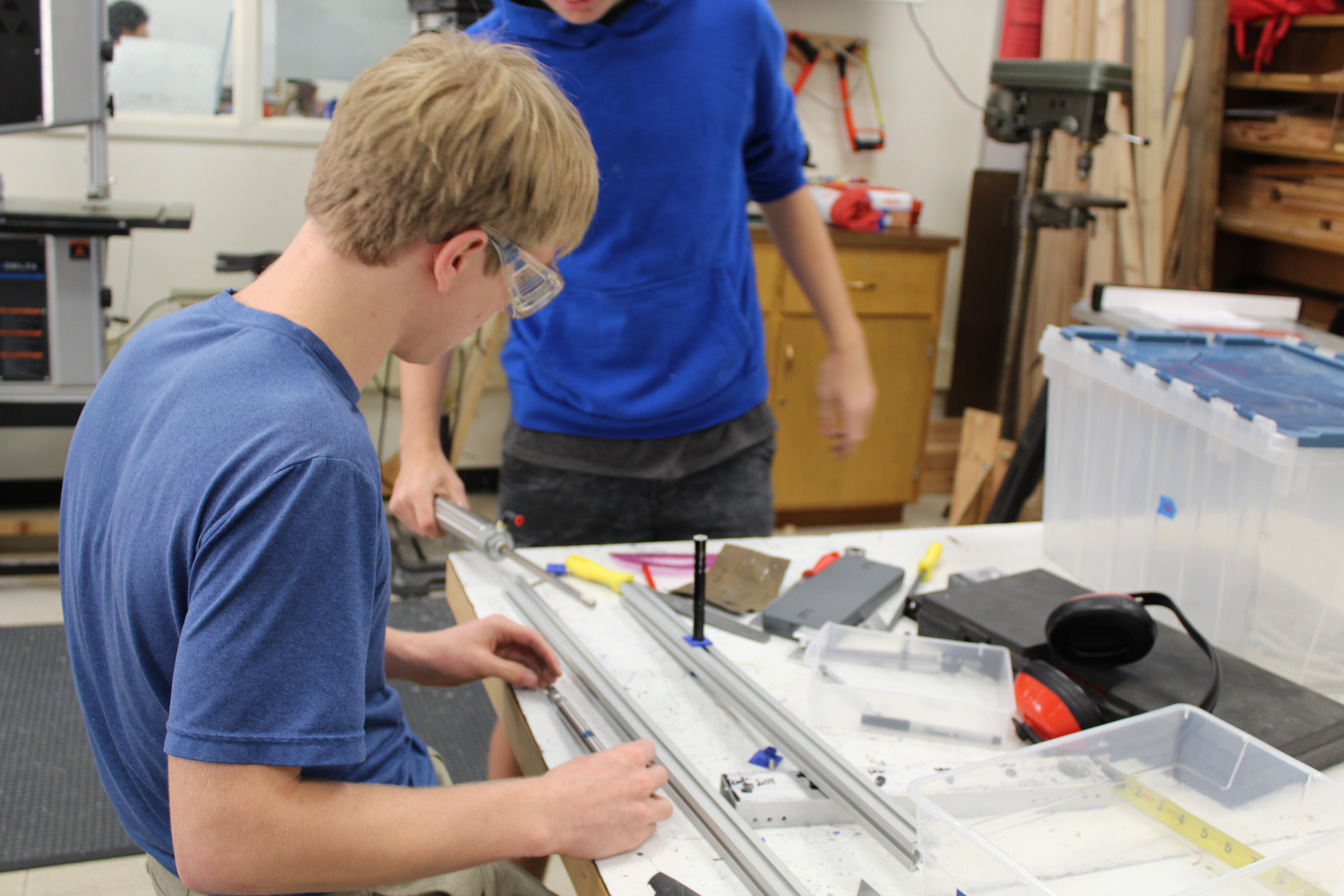 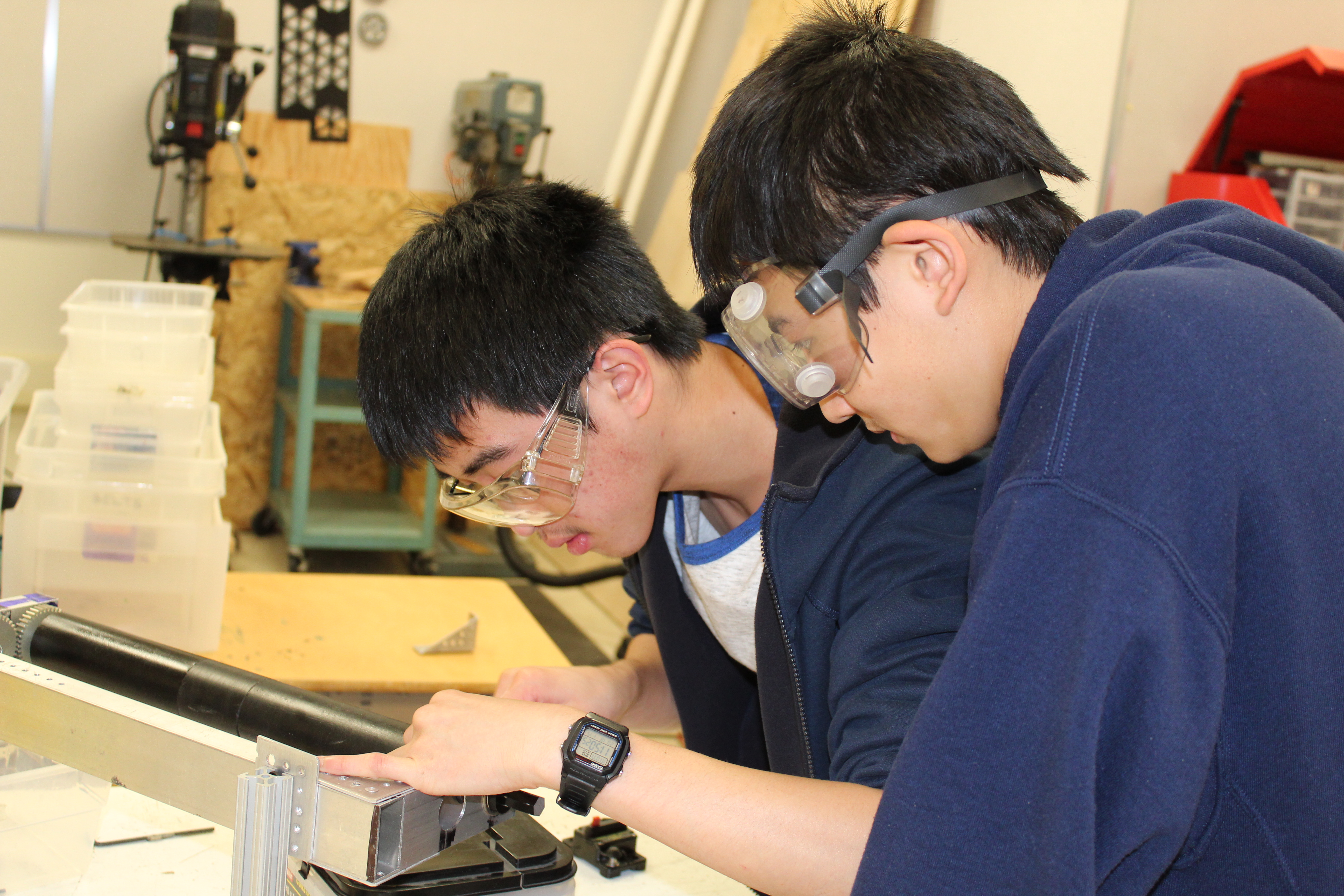 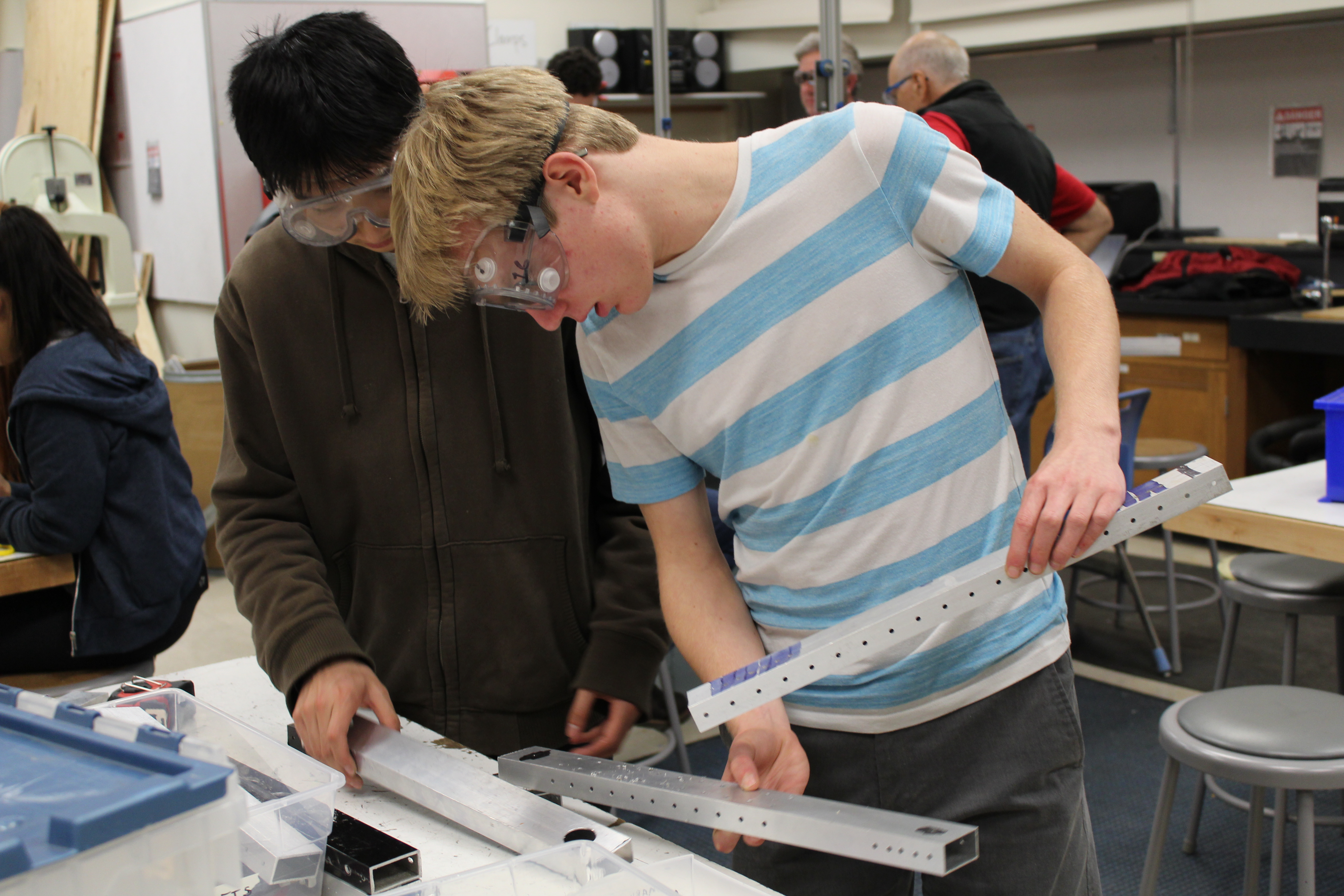 There is only room for one to two robots on the rung, but to get the max amount of points wanted then all three robots on an alliance need to climb, so a group is working on a way to assist another robot in getting their bumpers 12 inches off of the ground. Assisted climbing has limited their ideas to only 2 designs, This week they were able to finish their proposal documents and get them approved by leadership and mentors. They have just began to prototype and use Computer Aided Design (CAD). 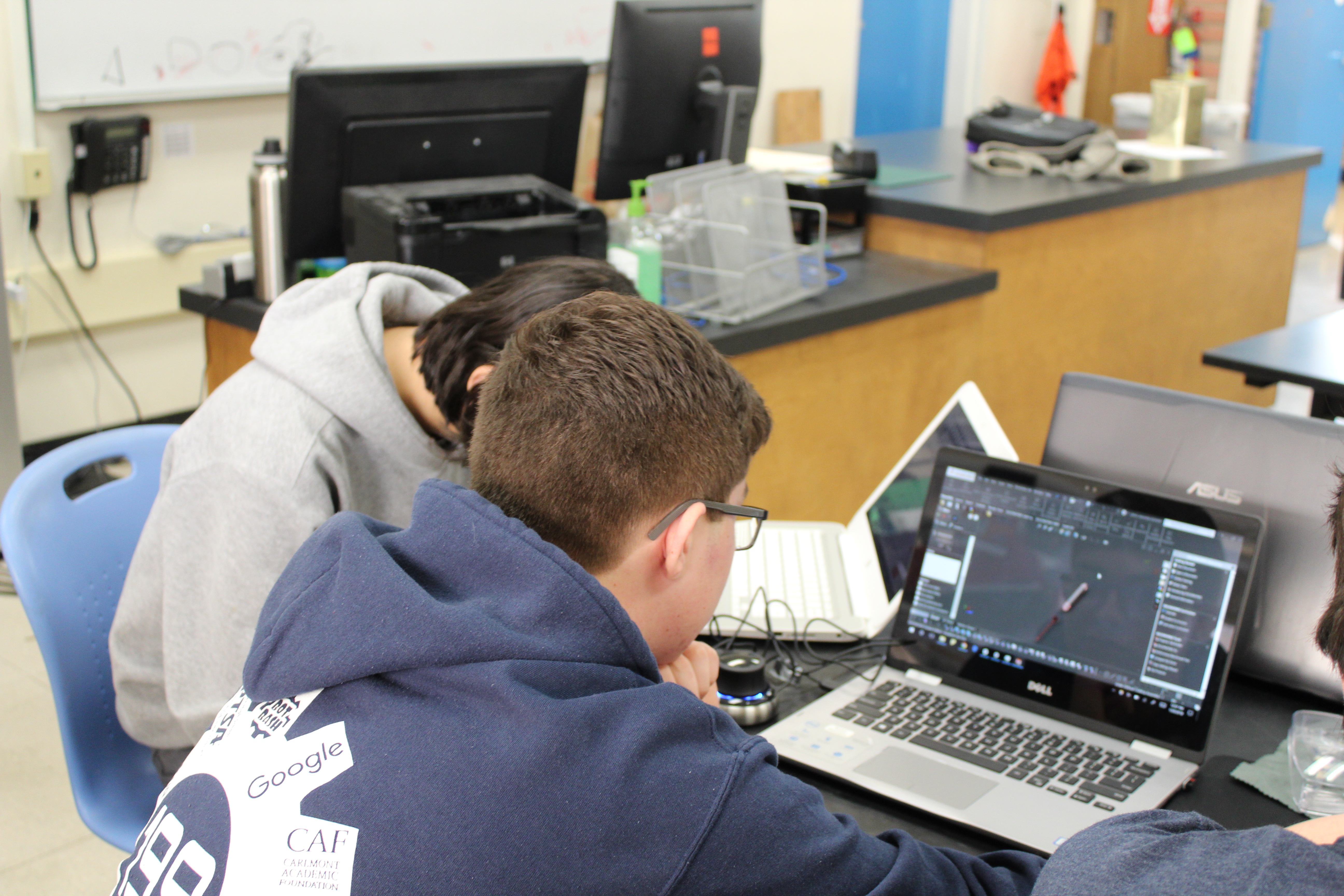 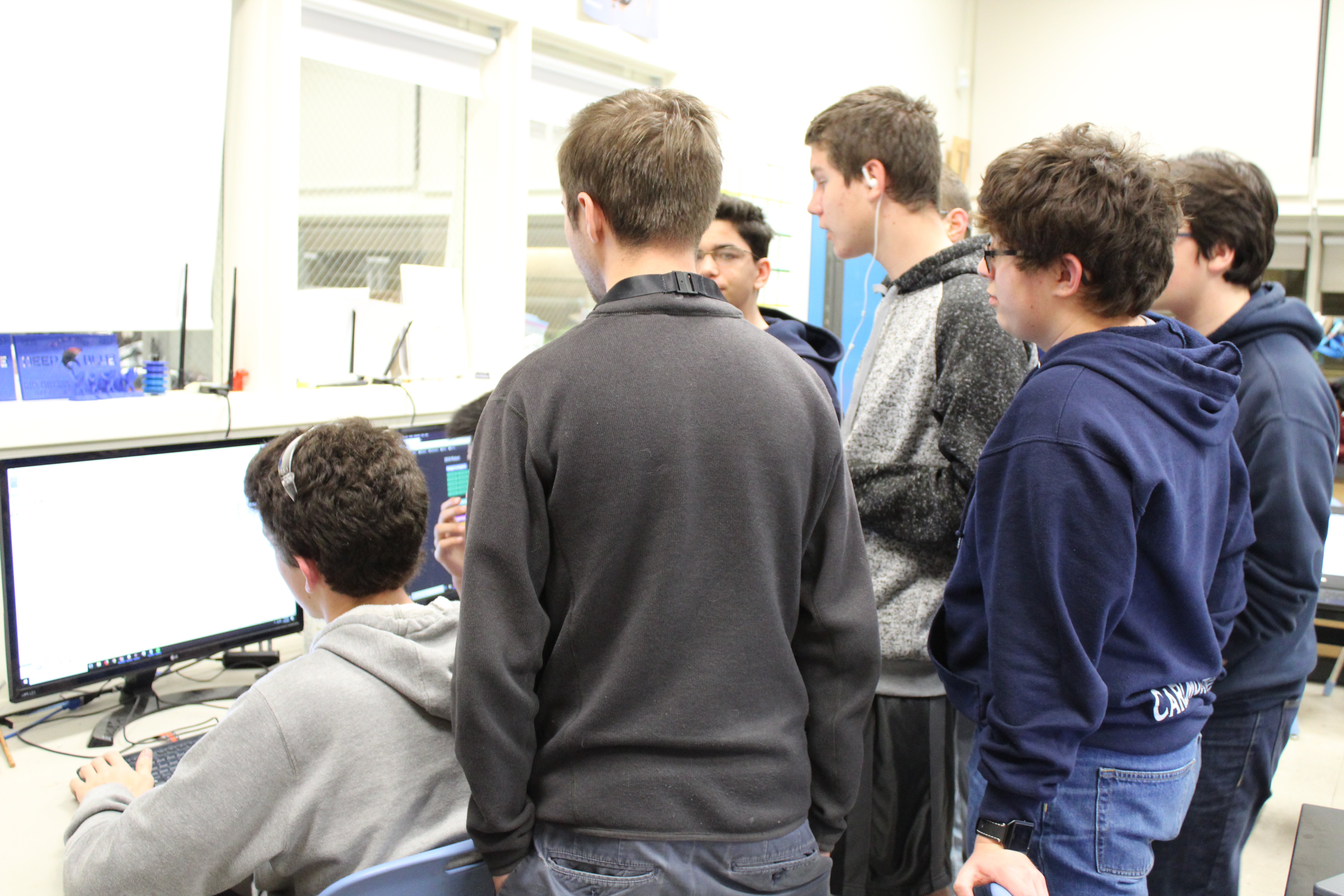 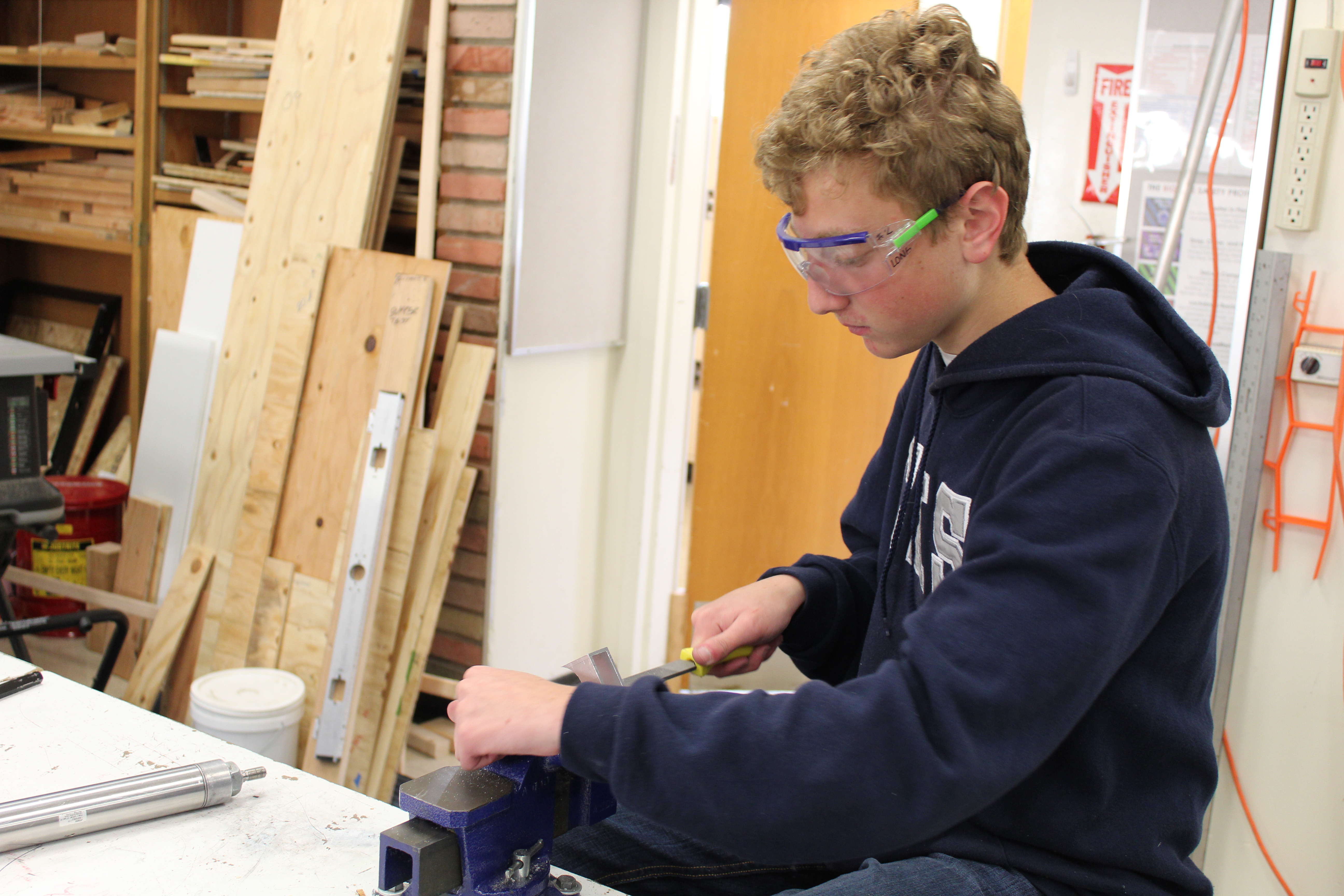 Game rules say that you have to have bumpers so a group has been finding and testing the best way to keep the bumpers on the robot and where an opening would go for the intake mechanism. The bumpers team has finished all of their prototyping and testing. They have created a CAD model and will begin fabrication soon. 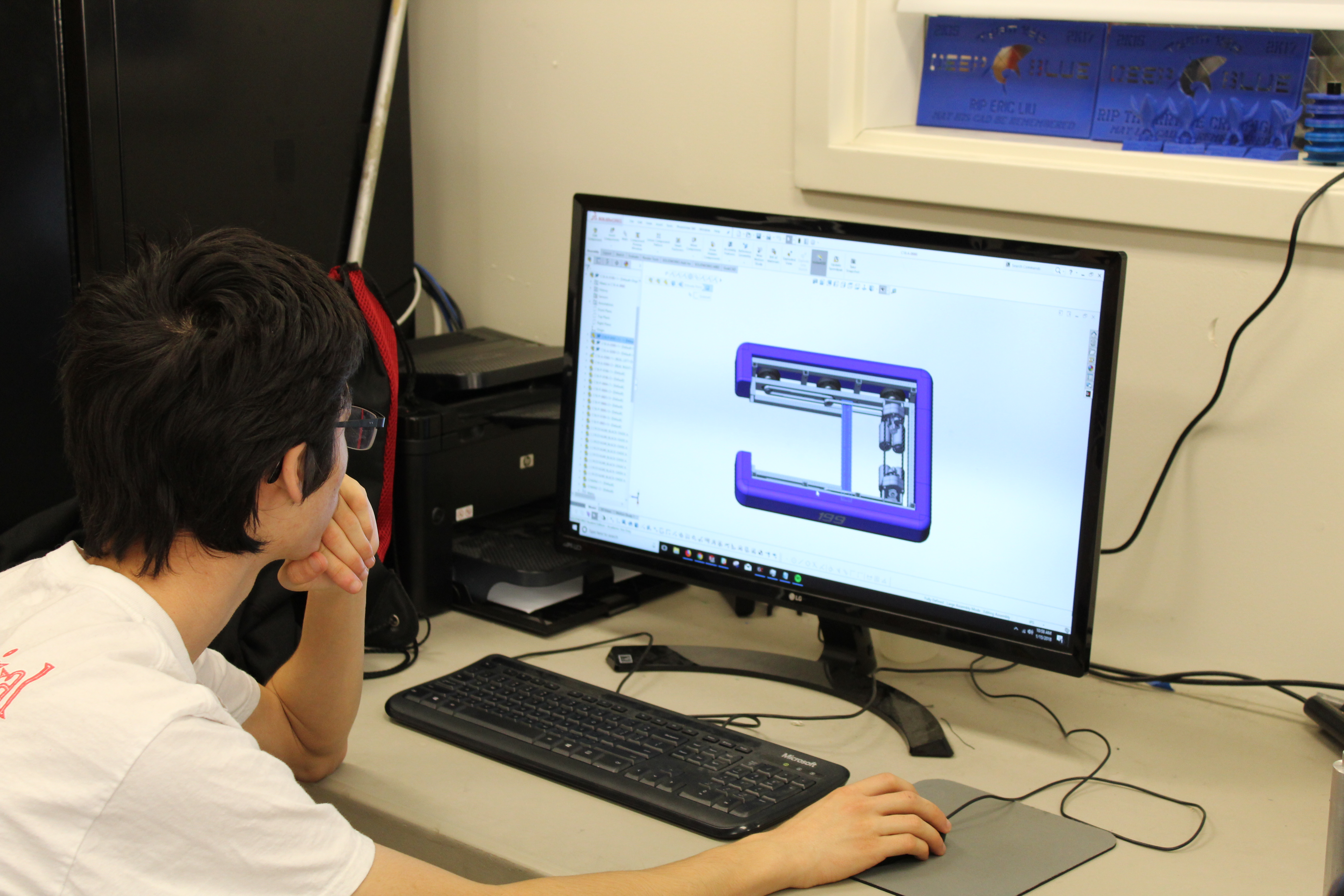 This week the group has created a CAD of the drivetrain and it has started fabrication. The drivetrain coding is about 80% done; all it needs is some more testing and debugging. The actual building of the drivetrain is underway, with the frame being almost done.  They are just waiting for more gussets to continue building. 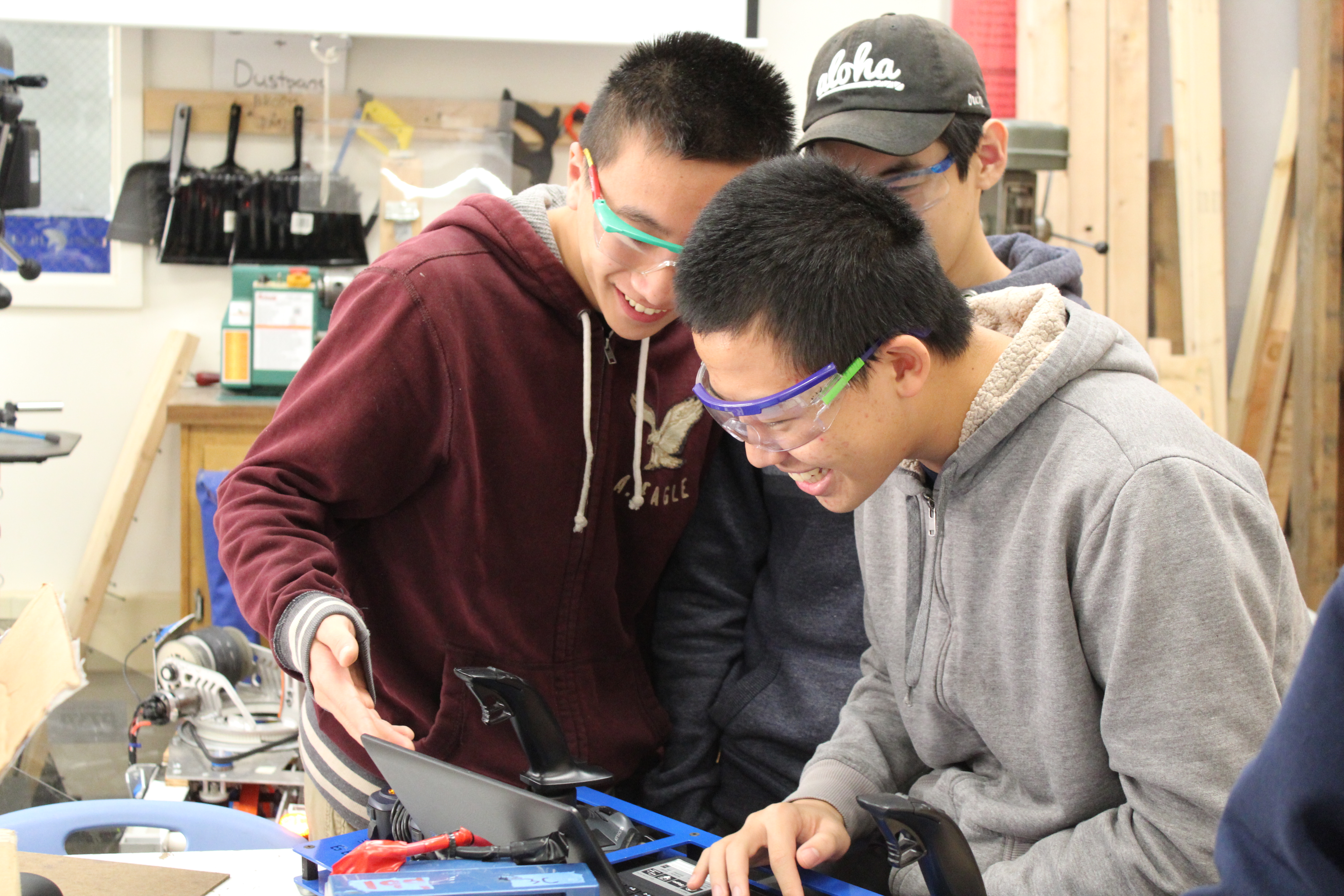