The team spent today working on their mechanism prototypes. Soon, we will be working on our full robot mechanisms. 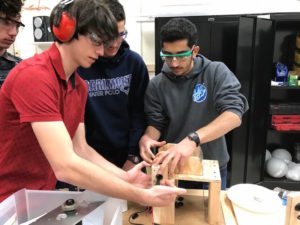 The shooter team continued work on their prototype today. To test the speed of the wheels, Sarah attached an encoder to the CIM and the team measured the top speed of the mechanism.

The programmers continued work on their individual projects. These include:

-Vision for our robot, coded in python
-Widget programming to go on the smartdashboard
-Motion profiling 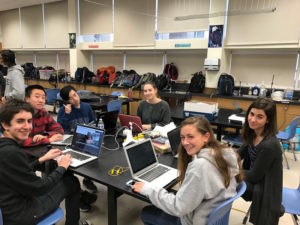 The CAD team spent today converting their robot CAD design into dimension drawings for the Fabrication team to make.

The Fabrication team began work on creating the parts for our robots bumper. How fun!

On January 17th, 1929, the now famous character Popeye the Sailor Man first appeared in the Thimble Theater Comic Strip; exactly two years later would be the birth of James Earl Jones — the voice of Darth Vader!