The shooter team added a guiding rail to their prototype so that it is no longer necessary for a person to hand-feed fuel balls; thus the balls can be fed more than one at a time and allow for rapid fire. In addition, the team attached a mass to the end of their axle to increase inertia and prevent the shooter wheel from slowing down after each shot. 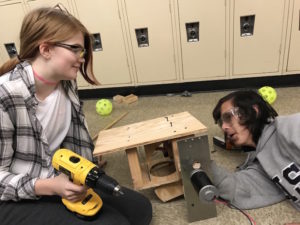 The robotics team has begun fabrication of parts for our full robot! The fabrication team is now hard at work to make the parts using our shop tools, from the band saw to the drill press.

The Fabrication team first began work on the Drivetrain, or the main structure of the robot to which the other mechanisms will attach. Specifically, the superstructure, or the vertical component of the robot frame, is currently being created. The team hopes to begin assembling the parts this weekend. 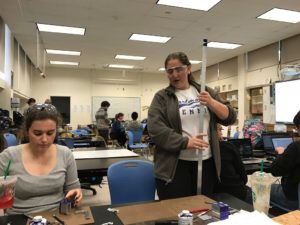 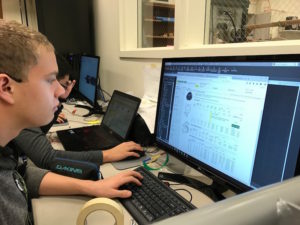 Happy Inauguration Day! On January 20th, 1837, Franklin Delano Roosevelt and John Nance Garner were sworn in as the first US President and Vice President to be inaugurated on January 20th, as specified by the 20th Amendment.