Today, the gear prototype team presented their test process and results to the team mentors. The morning was spent making finishing touches on the prototype before their presentation. After a few minor adjustments, the mechanism will be fully designed and ready to fabricate!

The shooter team completely redesigned their prototype today. The fixes allowed for fewer clamps to be used and for increased accuracy. In addition, the hood will now be adjustable to change the angle of the shooter. Several other designs have been considered and prototyped, including a two-wheel shooter that will include two wheels to compress the ball and increase accuracy. 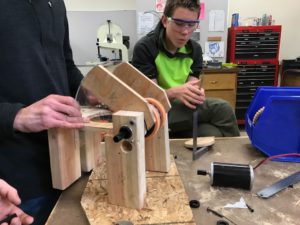 Much of today was spent attaching the Indexer and Hopper prototypes. The attachment will simulate a majority of the intake system and will only not include the ground intake. 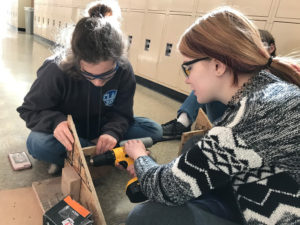 The climber team performed several tests on their prototype today. They attached the practice electronics board to the mechanism and tested various weights for the climber to lift. Making good progress! 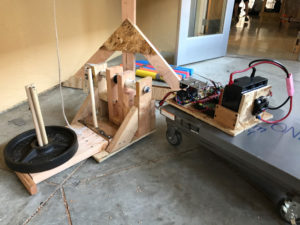 The mentors spent the day reviewing prototype tests and designs from the various prototype teams. 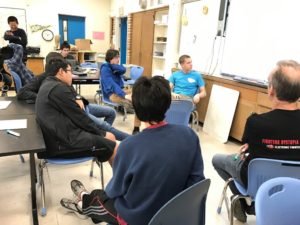 Programmers: Programmers continued their individual projects to get the robot to work. 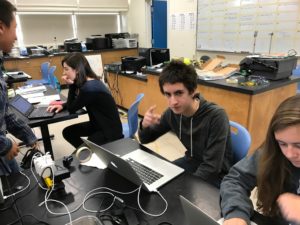 CAD: The CAD team made adjustments to their robot design. The drive train design is currently being converted into dimension drawings. 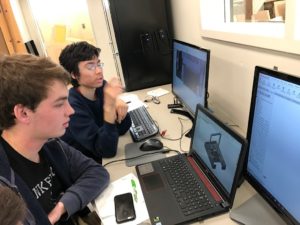 On January 16th, 1492, the first grammar for the new Spanish Language was presented to Queen Isabella I. Nice!