Most of the team resumed work on their prototypes today. Throughout the day, each prototype team made adjustments to their designs and recorded measurements to test the effectiveness of each.

Today, the shooter team made adjustments to their prototype to increase compression, adjust hood angle, and thus be able to shoot from increased distances. In addition, the team replaced the planetary gearbox to a hex-key adapter to increase the torque that the motor could handle. 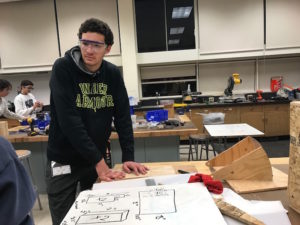 The Indexer/ball feeder prototype team spent much of today creating parts for their prototype. Some team members made rubber belts to attach to the indexer, while others glued spacers and added zipties to the main hexshaft to fit their new, larger prototype. 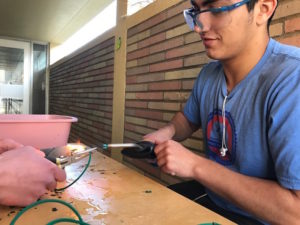 Climber: The Climber prototype team tested their mechanism on various lengths of rope. They also added straps to the winch on the mechanism. The team then tested the rope to see how it would stretch with the various weights stretching it out. The rope stretched from 55 to 60 inches. The team will present their findings tomorrow.

The fuel hopper team added a ramp to their prototype to simulate the indexer on the real robot. 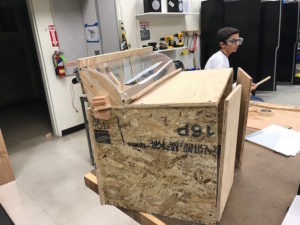 The programmers each spent the day working on their individual projects. These include: Vision for our robot, coded in python, widget programming to go on the smartdashboard, and motion profiling. The team finished programming the robot’s ability to drive!

Today, the CAD team made adjustments to their main robot designs and began creating dimension designs for the rest of the team to fabricate the parts.

Queen Elizabeth I was crowned on January 15th, 1559, exactly 458 years before today!