As Day 7 wraps up, we’re looking back at all the work we’ve done so far:

After choosing which mechanisms the robot would use, the team split up into six prototyping groups to build prototypes and collect data on how various variables affect the performance of the proposed mechanisms.

Shooter:
The Shooter Prototyping team worked on fixing the structure of the prototype and finding the right level of compression and motor speed to maximize accuracy. They have been measuring to determine optimal angle and velocity for shooting fuel balls into the goal.
-Two wheel shooter: A second group has broken off to design a shooter with two wheels to increase accuracy. 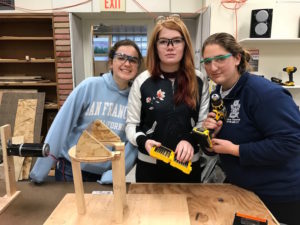 Gear Mechanism:
The gear mechanism prototyping team made adjustments to height in response to a possible design change. They found that keeping the gear mechanism 6.5 inches above the ground is optimal, but if necessary, they could work with a 12-inch height 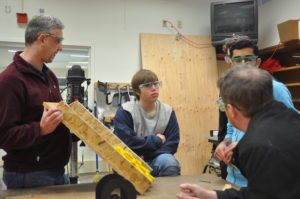 Climber:
The climber mechanism prototyping team created a climbing mechanism that would climb up a 5 foot rope with as much weight as possible. Finding early success, the team appeared to be nearly done when an a axle suddenly broke while lifting 120 lbs of weight. Considering the 120 lb weight limit for the robot, the climber team is almost there! 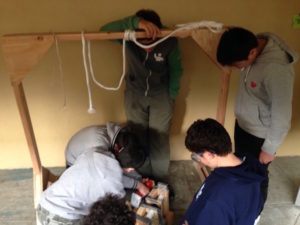 Ground Intake:
The ground intake prototype team set out to design and build a prototype for the mechanism that will take fuel balls off the ground. Adjustments were made throughout the week to find optimal speed, wheel type, and wheel spacing to be able to pick up the most fuel balls. The team finished their prototype today! 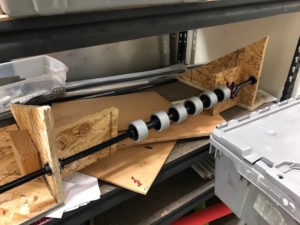 Intake belts/Indexer:
In the robot, fuel balls will be sent from the ground intake to belts that will take the balls to a storage box and eventually to the shooter. Throughout the week, the indexer prototype team measured the optimal angles to make the intake system work smoothly so our robot can collect and shoot faster. 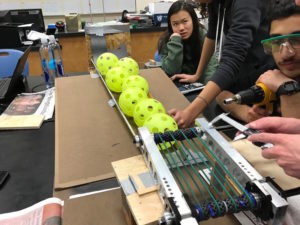 Fuel Hopper:
Just starting today, the Fuel Storage prototype team began designing the space within the robot that will hold fuel balls while they wait to be launched into the goal! 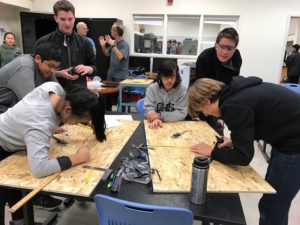 CAD:
This week, our CAD team has been working tirelessly to prepare a preliminary design for the entire robot and detailed design of the drivetrain! Challenges have included a possible design change and incorporating all mechanisms into a robot that fits FRC’s requirements. 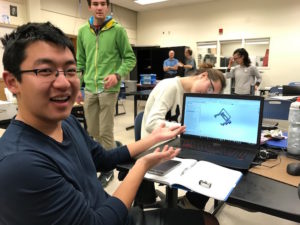 Electronics:
Our electronics lead, Sarah Nissov, has been working this week to design the electronics board to be as efficient and small as possible! 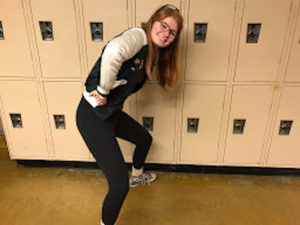 Programmers: The programming team has been working on three main projects:
-Vision for our robot, coded in python
-Widget programming to go on the smartdashboard
-Motion profiling
Basic robot functionality is basically done.
Keep up the great work! 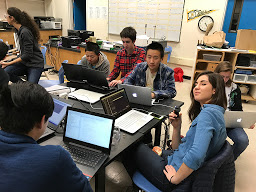 George Washington was married on January 6th, 1759: exactly 258 years (and one day) before this FRC Kickoff!